Right around this time, 7 years ago, we announced David’s new piece “Jessi” featuring the amazing Jessi Combs.  After a frigid photo shoot in Colorado in December, she was kind enough to join us in Las Vegas for the motorcycle auction in January of 2014.

Following her tragic passing in 2019, David had been wanting to do a tribute to her, but had been waiting for the appropriate time.  Last year, Jessi was posthumously inducted into the Sturgis Motorcycle Museum Hall of Fame, where David unveiled “Shooting Star” his tribute piece.

David took the reference photo a few years back at The Race of Gentlemen in New Jersey.  David donated this original oil to the Jessi Combs Foundation and they plan on raffling it off to provide scholarships for women entering the trades.

We are pleased to announce the worldwide release of “Shooting Star”.  This stunning image is now available in an exclusive canvas print edition in two sizes.   Each piece will be hand-signed by David and numbered, with the appropriate Certificate of Authenticity. 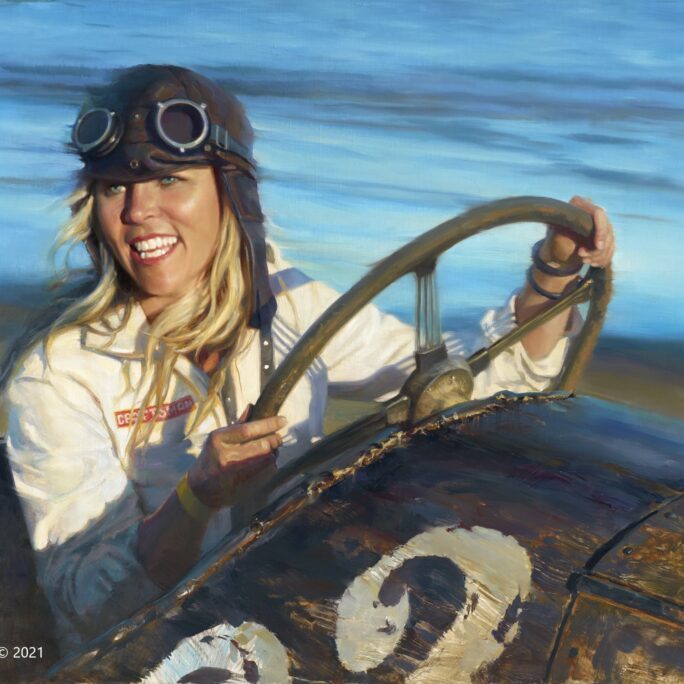