We are pleased to announce the release of David’s latest tribute piece to the Cobra’s 50th Anniversary.

Each of the canvas giclee prints come with a Certificate of Authenticity, and are hand-signed by David Uhl, Bob Bondurant, Allen Grant and Jack Sears. 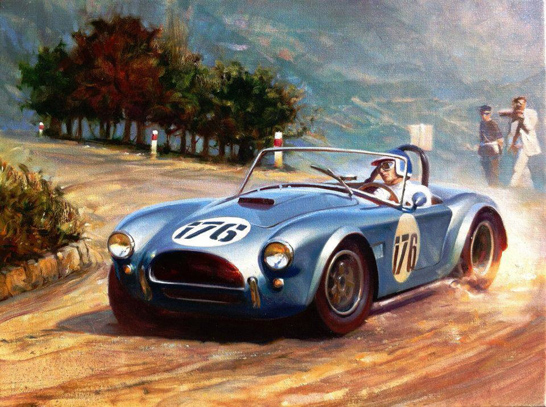