For you aviation history buffs, we are pleased to announce the release of “Joy Juice”.

In David’s words, “Talk about going for a beer run. (Well, this story surely takes the cake.)

“The first known landing of beer during the D-Day invasion was presumably 270 gallons of beer from Heneger and Constable a week after the historic day in 1944.  But it’s the way it was being transported that makes this story quite spectacular.  Some of the first attempts to bring beer over the Channel after D-Day used the expendable drop tanks, or jettison tanks carried by aircraft such as the Spitfire and Typhoon.  Enterprising pilots in the RAF – and the United States Army Air Forces (USAAF) – had been engaged in shipping beer into Northern France privately, using what the troops called “flying pubs.”

“Flying at 15,000 feet ensured the beer was chilled when it arrived.  I had to do a painting of this!”

All prints are hand-signed by David, numbered, and framed with a nameplate and Certificate of Authenticity. 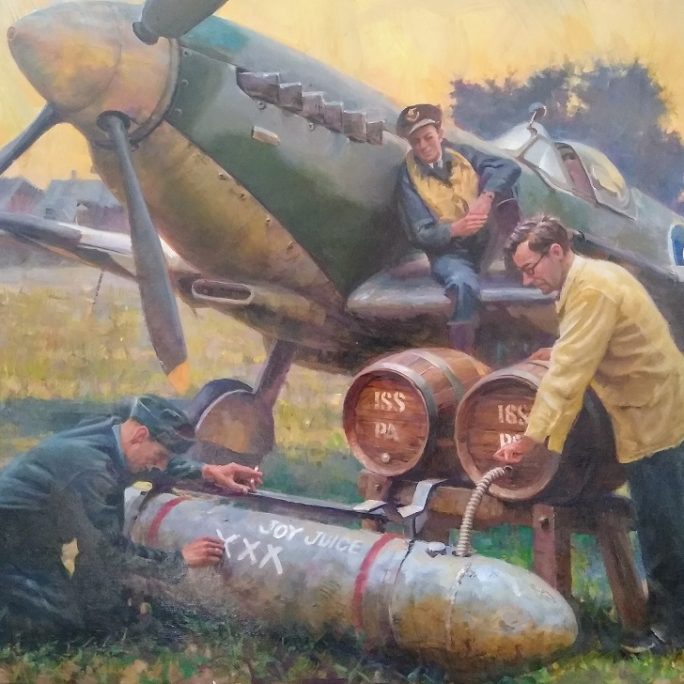